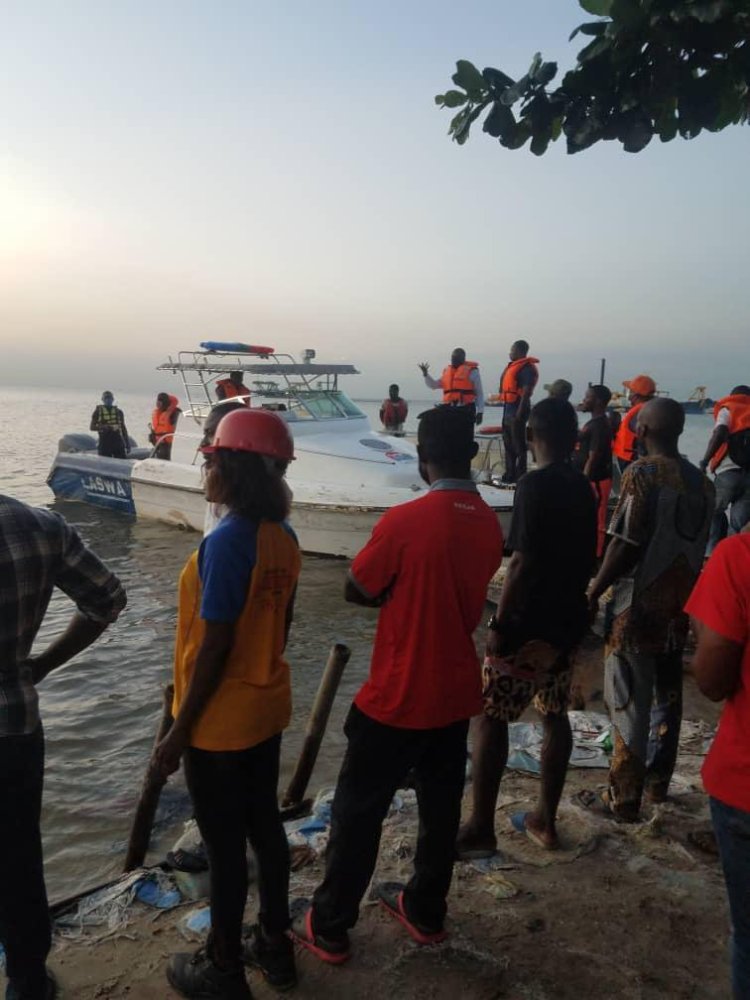 Five more bodies have been recovered following a boat mishap which occurred along Ebute – Ero axis of Lagos over the weekend bringing the number of those who lost their lives in the incident to 7.

Final Count after search and rescue operation was concluded on Sunday showed that a total of 19 passengers and 2 crew members were on board the vessel before it capsized.
14 people inclusive of the crew were rescued alive.

The boat was earlier said to be carrying fourteen (14) people on a local boat expedition when it capsized around 8pm having departed Ebute-Ero enroute Ikorodu in violation of night time restrictions on water travel.

The Director General, Lagos state emergency management agency, Olufemi Oke-Osanyitolu who confirmed the incident said search and rescue operations, which was carried out with the support of the Lagos state water ways authority LASWA dive team under extremely challenging nightfall conditions has been concluded.

Osanyitolu reminded members of the public to always abide by the safety regulations of the state, including appropriate usage of life jackets and restrictions on timing while plying the waterways.

The Captain of the boat according to search and rescue team is still missing.