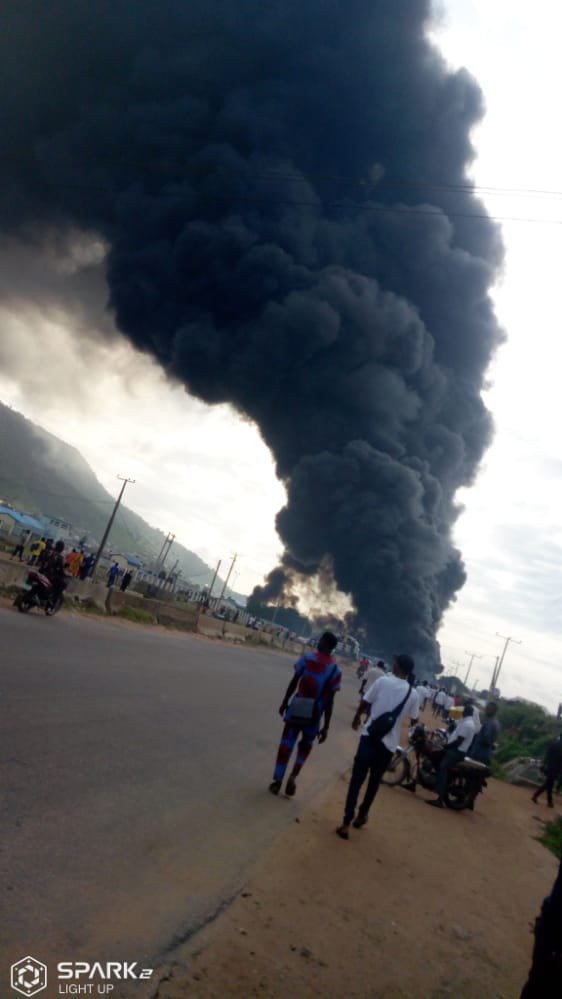 Over 40 persons have been reported dead in Felele Lokoja Kogi state in the early hours of Wednesday in a Tanker Accident.

The incident was said to have occured as at 7am when the tanker conveying petrol failed Break and lost control few meters to the gate of the state polytechnic lokoja.

A family of seven, father, mother and five children and about forty corpses have been recovered to the Kogi state specialist hospital lokoja.

As at the time of this report, the convoy of the Deputy governor, Edward Onoja and the governor’s wife who promptly made their way towards the venue could not gain access as angry youths were still displaying their anger with roads blocked.

Though eyewitness said about 40 persons were involved, reports by Federal Road Safety Corp said ,23 People have Los their lives so far in the unfortunate incident