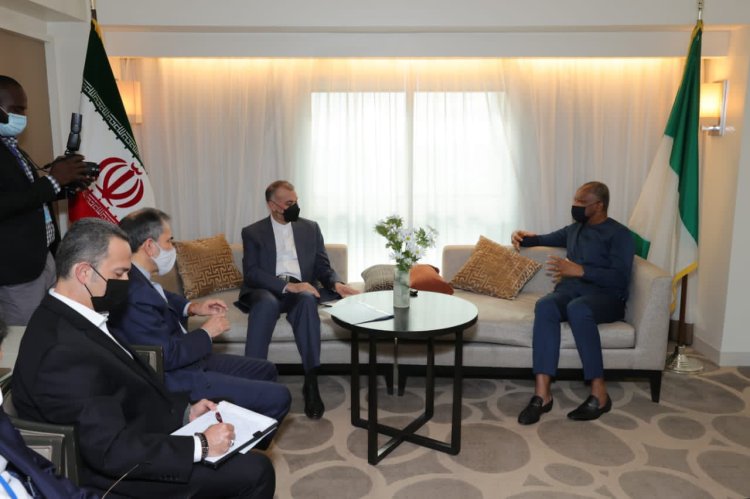 The Federal Government, has called for the deepening of trade relations between Nigeria and the Islamic Republic of Iran.

Onyeama reminded the Iranian Foreign Minister that Nigeria and Iran have excellent relations, saying that Nigeria will be very happy under the cooperation and engagement of Amir-Abdollahian to improve even more, the relationship between both countries.

Onyeama further said Nigeria appreciates the certain intricacies of international financial systems and some of the obstacles.

Amir-Abdollahian said envoys of both countries, with a great deal of hard work and focus and in all seriousness, were pursuing the further development of the relationship between Nigeria and Iran.

Amir-Abdollahian further said in order to realise the desired higher volume and commercial trade between both countries, Iran is seeking and studying how to best establish direct shipping route from Iran to Nigeria.

He said Iran had no issues or challenges whatsoever in completely removing any type of obstacle that may hamper the progress of trade between both countries.

The Iranian Foreign Minister also said in the beginning, Iran can do its very best where it is needed in order to remove or lessen any restricted duties that may exist and subsequently, Iran is ready and very much willing to best analyse on how to go swiftly about the removal of such duties that exist between both countries.