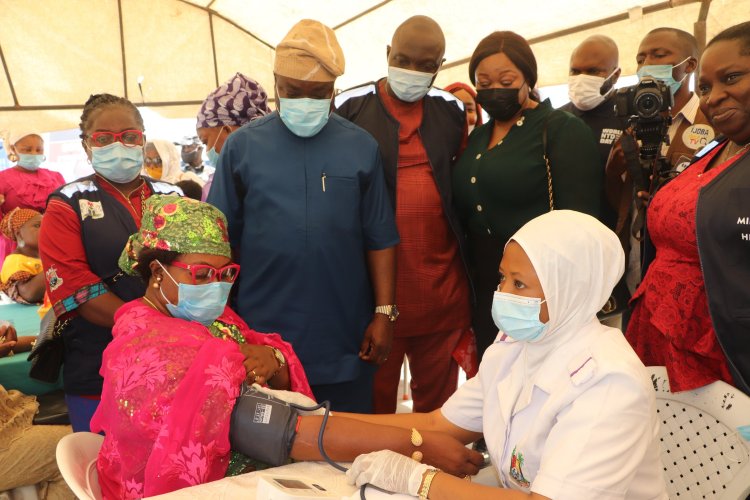 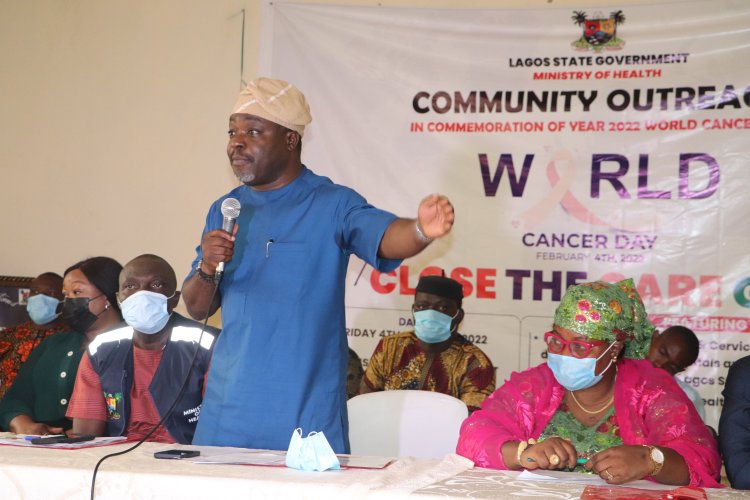 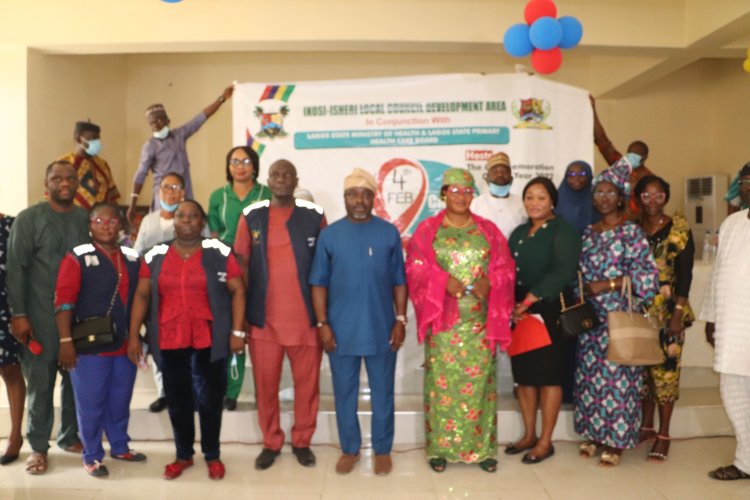 As the World Commemorate Year 2022 World Cancer Day today, the Lagos State Government has made known it plans to screen 100,000 women for breast and cervical cancer annually free of charge.

Ogboye stated that free screenings for breast and cervical cancer have since commenced in 62 State health facilities including designated General Hospitals offering gynecology and obstetrics care services and flagship primary health care centres across the State.

He noted that this year’s World Cancer Day with the theme: “Close The Care Gap”, has provided yet another opportunity to improve awareness on cancer and to encourage its prevention through early screening and detection, diagnosis and prompt treatment of the various types of cancers.

He said: “Cancer is one of the leading causes of morbidity and mortality worldwide. Globally, nearly one in six deaths is due to cancer and 70 percent of these deaths occur in low- and middle-income countries such as Nigeria”.

Ogboye while reiterating the need for periodic screening and lifestyle modification as preventive measures against the non-communicable disease stated that the World Health Organization (WHO) has reported that as many as 40 percent of deaths from cancer are preventable.

He noted that raising awareness for cancer prevention, screening and early management has become a very important goal for all stakeholders and citizens.

“Cancer is no respecter of persons, age, sex, religion, residence or wealth. Therefore, it is very essential that we continue to inform ourselves about cancers and the fact that every single person has the ability to make a difference, be it large or small and also that together we can make real progress in reducing the global impact of cancer, create a cancer-free world and prevent millions of deaths each year.

“This year’s World Cancer Day commemoration event has provided the opportunity to conduct advocacy to the people of Ikosi-Isheri as well as the entire citizenry and increase awareness on the importance of early screening, prompt diagnosis and treatment of cancers”, he said.

Ogboye noted that no fewer than 200 women of child bearing age were screened for breast and cervical cancer during the outreach program at Ikosi-Isheri adding the State Government will provide free treatment for cervical precancerous lesions for women who require it.

“I want to encourage us all to adopt a healthy and safe lifestyle. Let us ensure we go for regular screening as and when due and we seek medical help early as prevention is always better, cheaper, preferable and less stressful than curative measures”, he concluded.

Earlier in his remarks, the Director Disease Control, Lagos State Ministry Health, Dr. Rotimi Agbolagorite noted that Lagos State Government commenced the State Cancer Control Program in the year 2005 in recognition of the increasing trend of the global epidemic of cancers.

Agbolagorite stated that the State Government with the support of a non governmental organization, Clinton Health Access Initiative (CHAI) has built the capacity of over 300 healthcare workers across the State’s primary and secondary health facilities, and LASUTH to provide secondary prevention services for cervical cancer to Lagosians across all the LGAs in the State.

“In addition, the organization has provided requisite equipment, materials and consumables to be utilized for these screenings”, he added.

Speaking in the same vein, the Cervical Control Program Coordinator for CHAI, Dr. Maltida Kerry stated that CHAI through UNITAID grant is supporting the Lagos State Ministry of Health to screen approximately 200,000 women for cervical cancer and provide precancerous treatment for those in need in Lagos over a two year period.