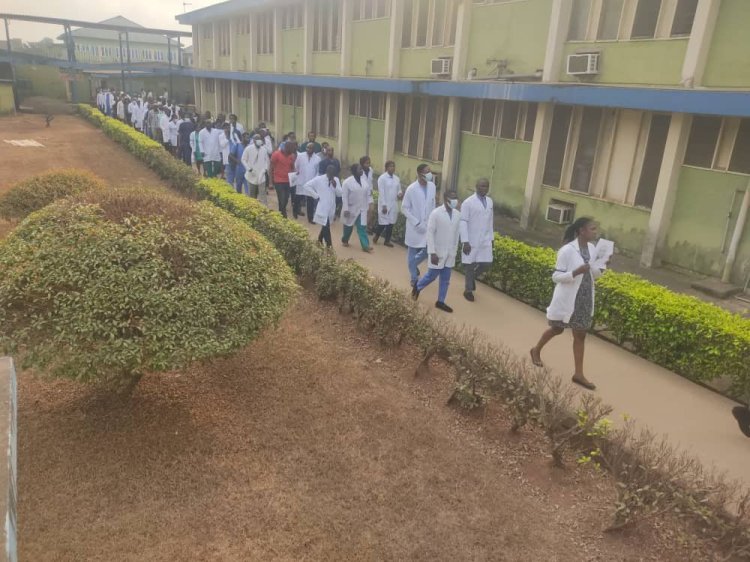 *PROTEST BY ASSOCIATION OF RESIDENT DOCTORS UBTH, OVER THE KILLING OF COLLEAGUE*

Association of Resident Doctors university of Benin teaching hospital, UBTH On Tuesday morning embarked on a protest against the killing of one of their colleagues Doctor Otote Osaikhuomwan of the department of Ophthalmology, UBTH.

According to the protesting Doctors the decease, a thirty six year old was shot in his chest in the early hours of Monday morning at his residence in the GRA ,Benin city in presence of his pregnant wife.