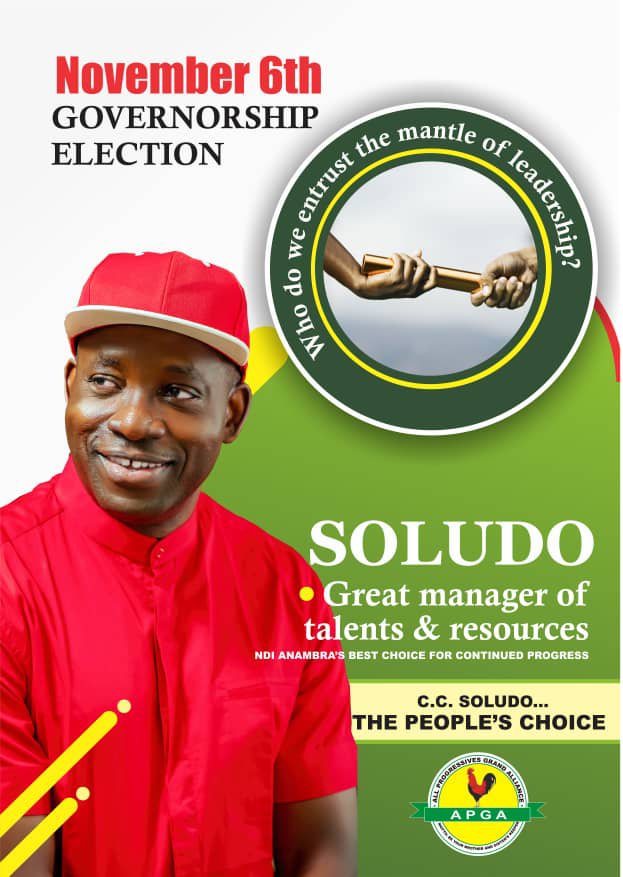 *OKOLO AND IBEH ARE THE HEROES OF APGA GOVERNORSHIP PRIMARIES.*

Majority of Ndi Anambra nay Ndigbo will definitely not want APGA to die. APGA is the vehicle which the Ndigbo could deploy in negotiating their welfare and well-being in the Nigerian federation. It is their own, so any sacrifices to ensure its survival and good health are neither too big nor too small for a true Igbo son or daughter to make.Yes.

Chief Damian Okolo and Hon Thankgod Ibeh belong to different generations but are driven by the belief that the good health of APGA is more important than their personal ambitions. Bearded, vigorous and aggressive looking Ibeh contrasts sharply with the more sublime and clean shaven Okolo both who contested with Cee Cee Soludo for the ticket of the party for the November 6, 2021 Governorship election in Anambra which Soludo clinched.

There is a parallel between politics and sports. In both, a winner must emerge in any contest. Sportsmanship demands that losers should accept the outcome more so when the competition followed all the rules of engagement.

Okolo and Ibeh have demonstrated that they are good sportsmen by pledging to support Soludo win the November 6 election following the olive branch which he extended to fellow ex- aspirants in his acceptance speech. The duo deserve our commendations. There is no doubt they will add value.

Okolo and Ibeh have also shown that APGA is one large harmonious family that knows how to resolve its problems through an internal process. That is the beauty of the party which is number three but is working hard to be number one. True, with the likes of Okolo and Ibeh working with Soludo, others can also emulate them; APGA as a political party will go places. Pray, it is a new dawn for APGA.

Be of good cheer.